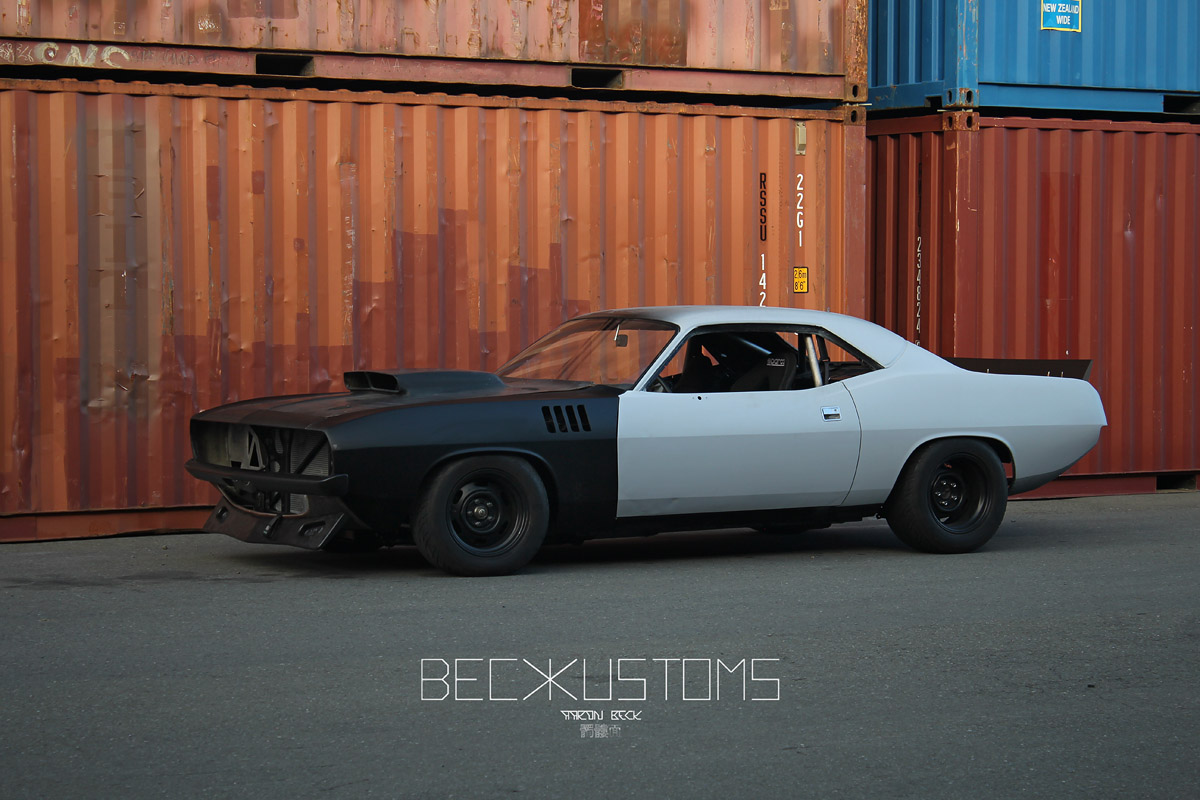 Right next door to Speedtech Motorsport was this rad stack of shipping containers, an ideal backdrop for a photo session. I really wanted some shots in an industrial setting and the heavy-duty but colourful containers were perfect. I took a whole bunch of photos but I think this one is my favourite. The car just looks so right to me! I'll post some more soon, they turned out great!
Posted by Aaron Beck at 2:28 AM 5 comments: 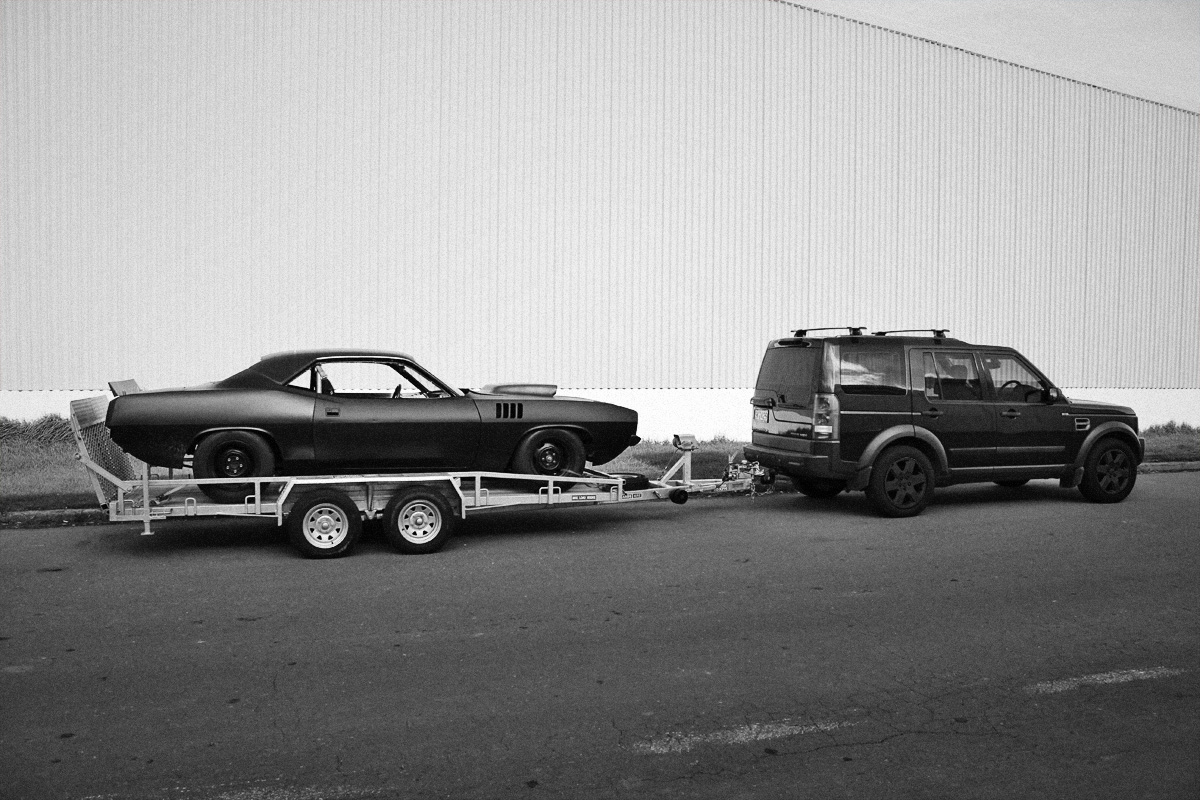 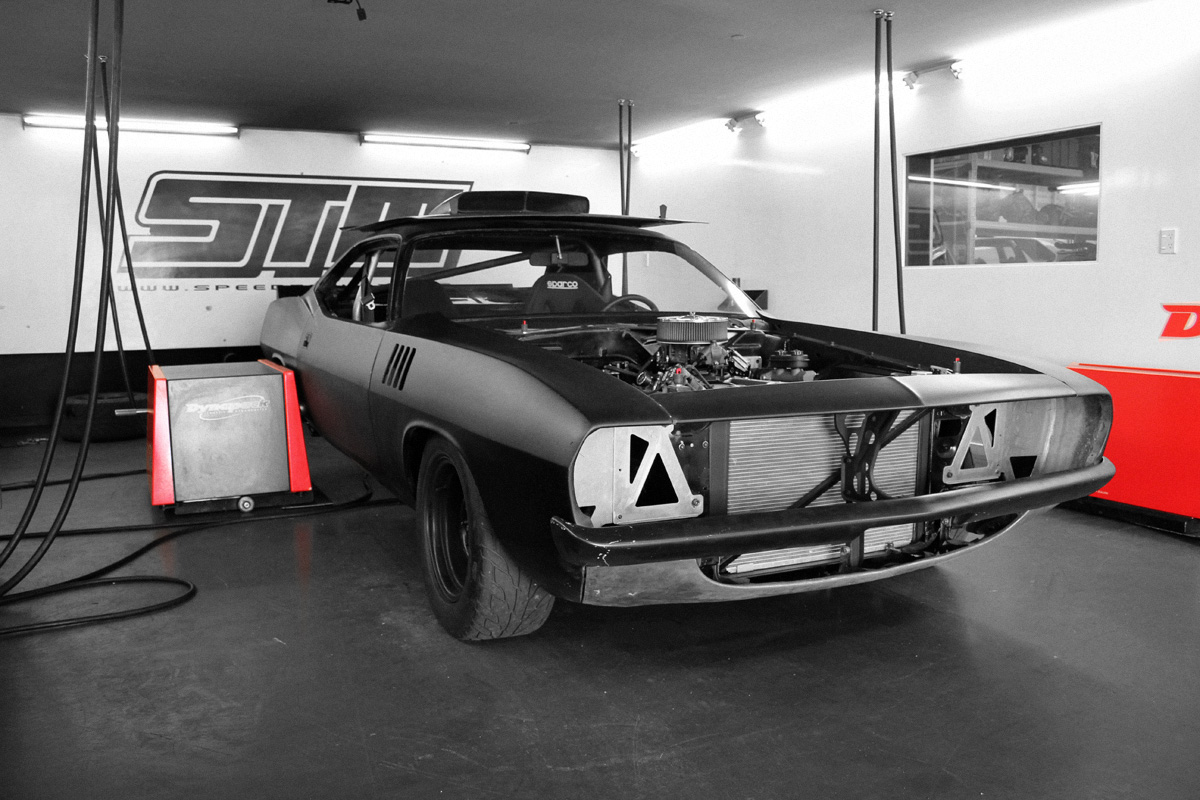 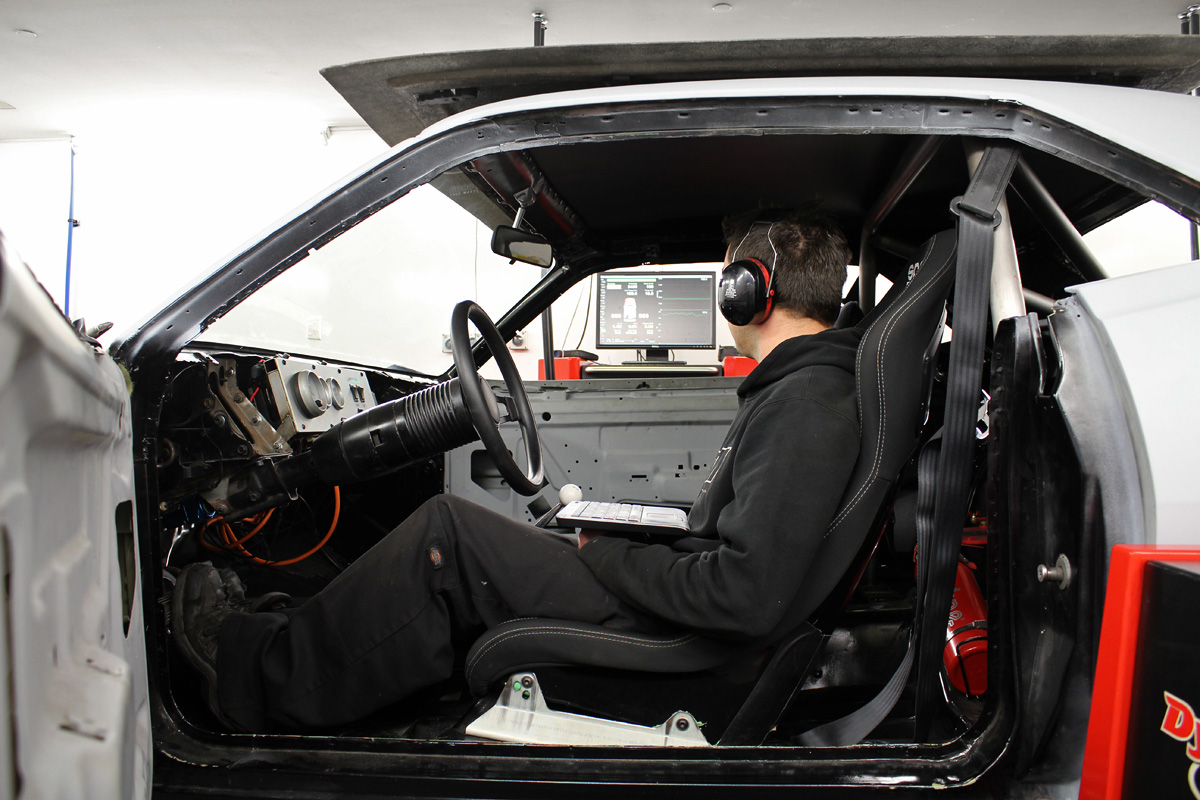 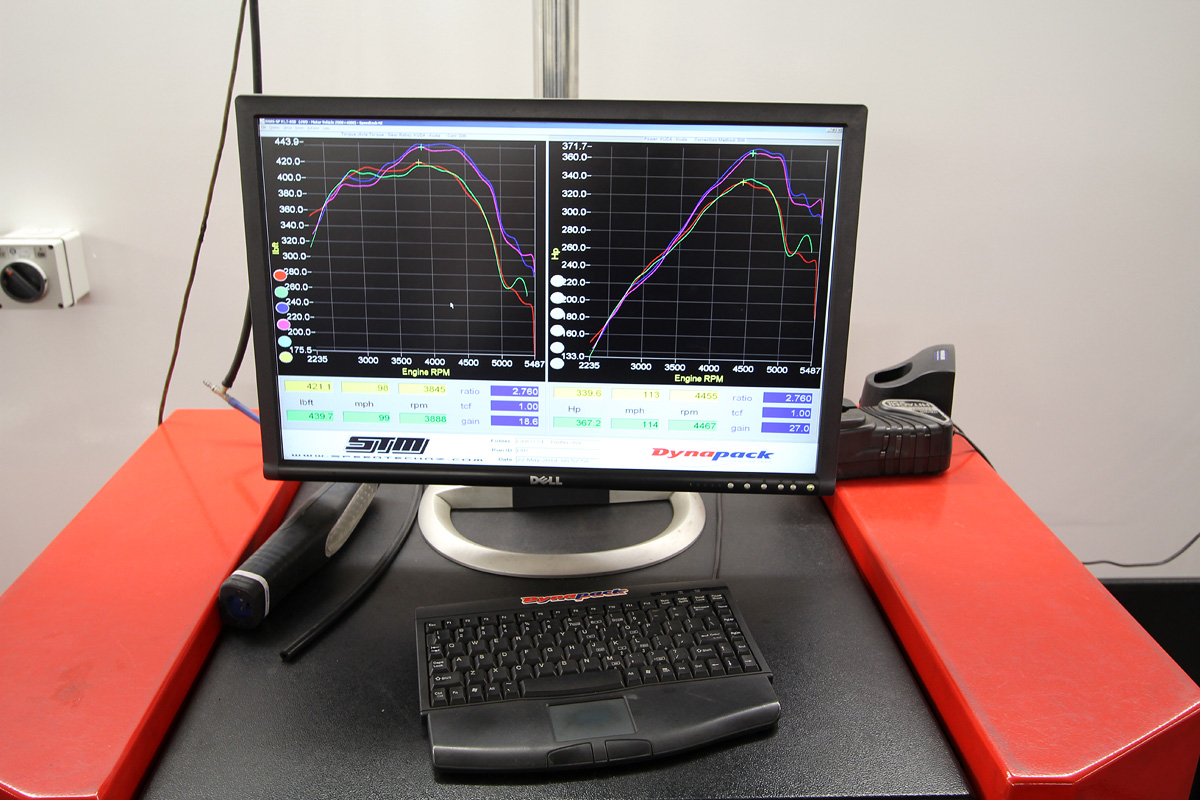 The new diff I built has new gears in it and you have to be gentle on them for a few hundred miles. But I had the old diff just lying around, so.....
Posted by Aaron Beck at 2:09 AM 2 comments:

Just over a year 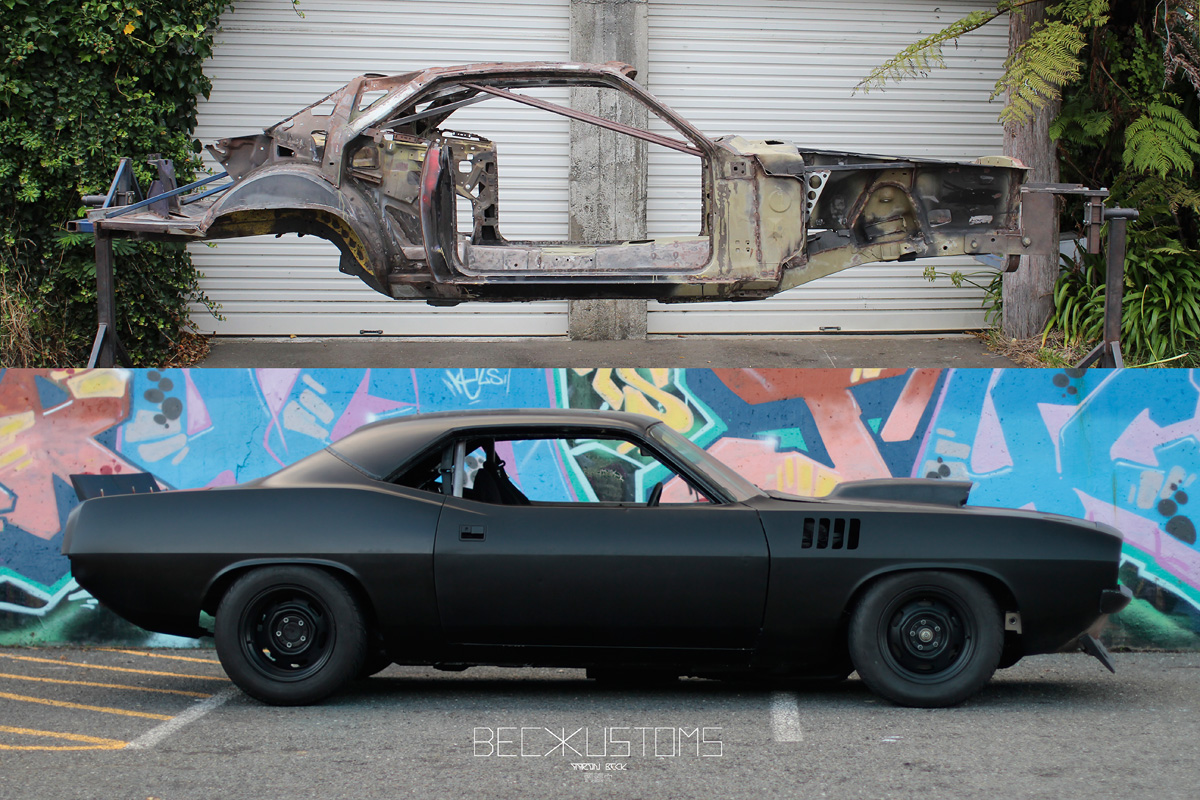 Just over a year between these two photos. This image really reminds me of the thoughts and feelings I had when the car was in that minimal state. I can happily say that the rebuilt machine has lived up to expectations! So pumped to get it finished and registered for public roads!
Posted by Aaron Beck at 12:57 AM 3 comments: 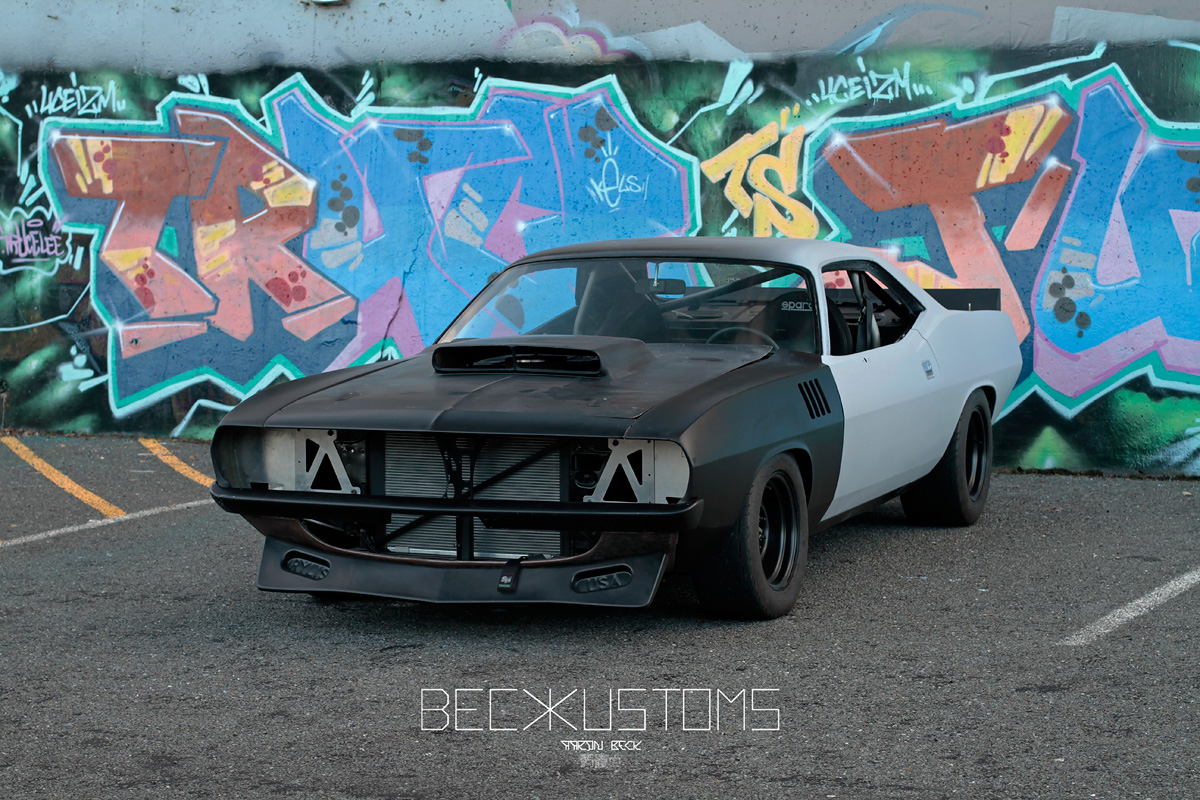 A fun little impromptu photoshoot this evening. It was the first time for me to step back and see the car with the recently painted panels (I had thrown a quick coat of paint on to tidy them up for some photos), along with the rear spoiler mockup and fender gills. The car looked great! 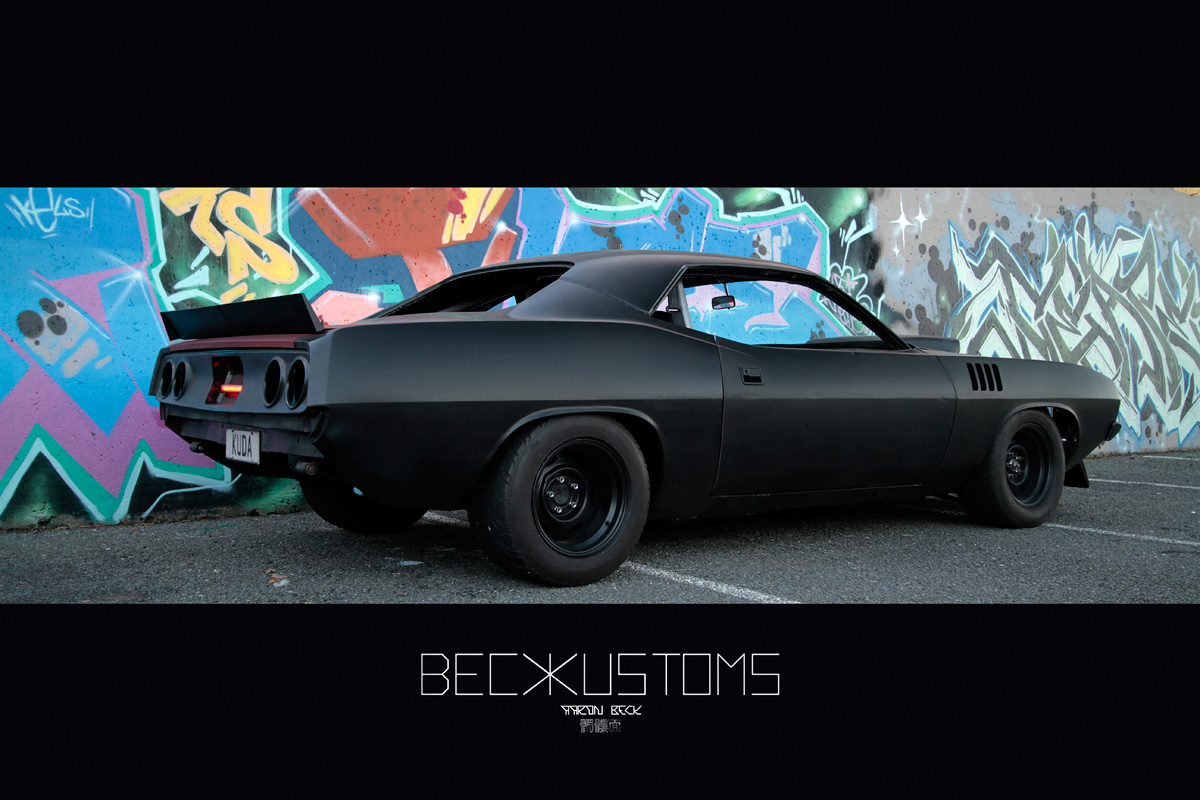 On the right side I painted the fender and door black to go with the black E-coated quarter panel and roof. I think I might paint the car like this once I've done the seams and high build primer work, I love the two sides and their two different feels. 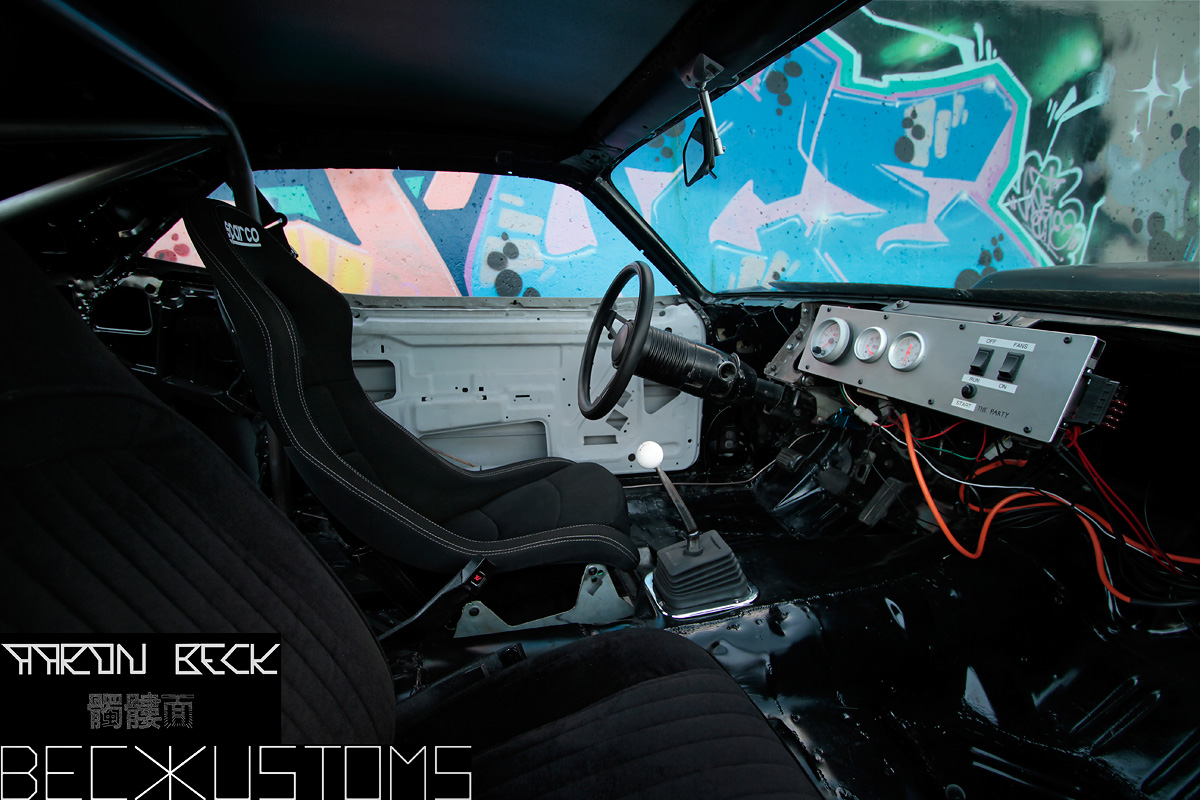 The car is awesome fun to drive, plenty of power and feels like it has very predictable and positive handling. The steering is fast and the car is easy to throw around. It's only going to get better as things get more dialed in too. I can't wait to take it to a track and really lean on it!
Posted by Aaron Beck at 3:56 AM 1 comment: 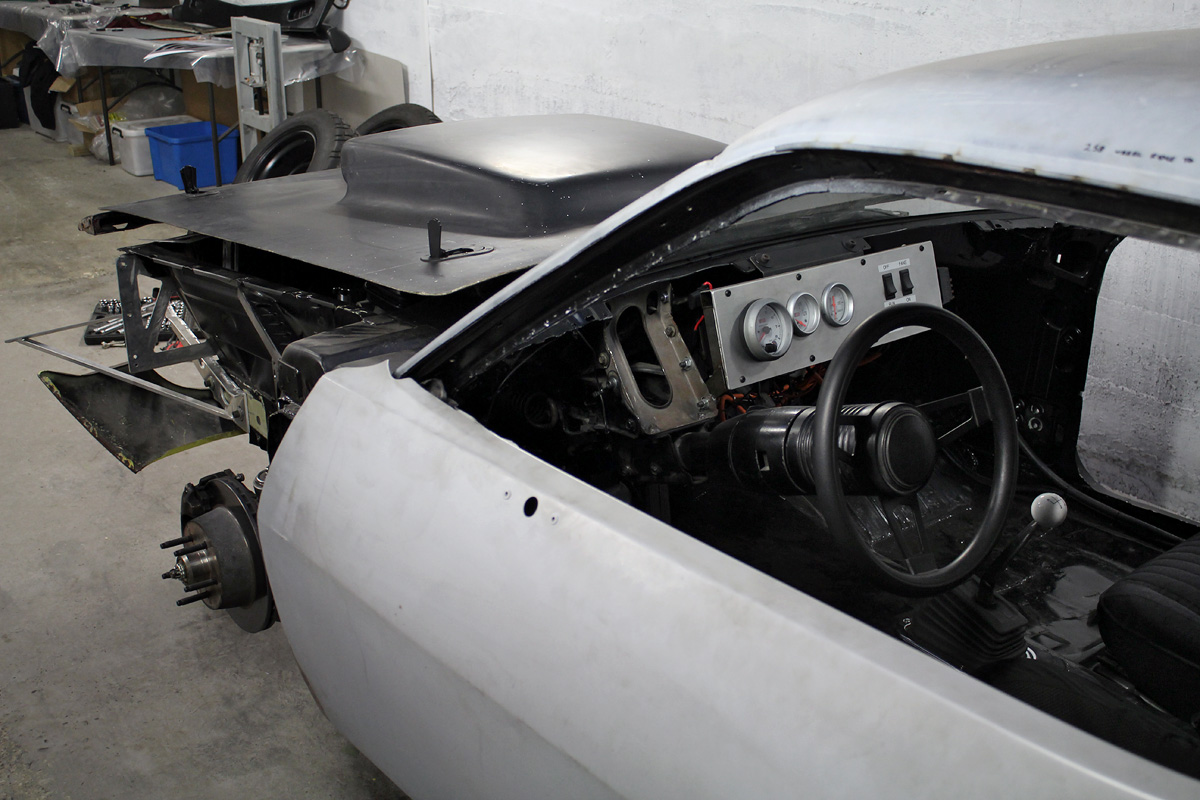 Preparing the car for a final photo shoot of it at this stage. Wish I could keep it stripped out like it has been, it's all you really need! Fun to drive and looks fantastic. 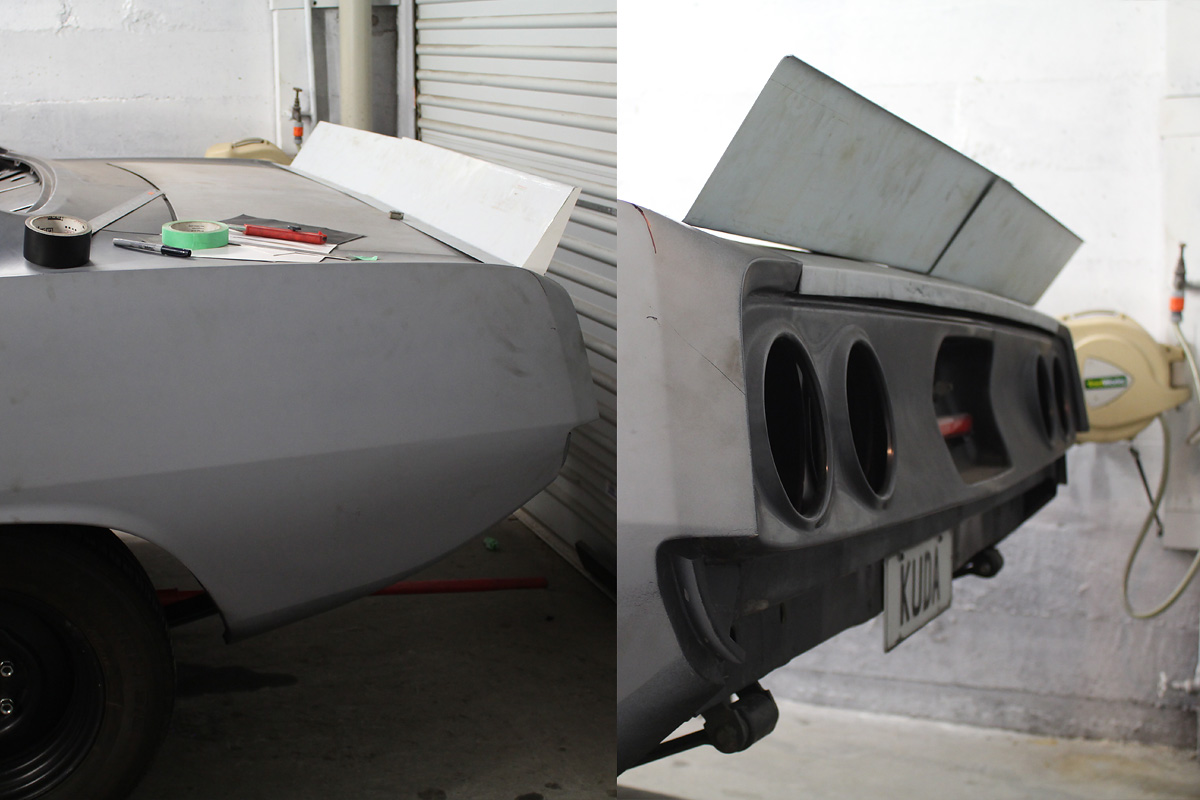 Mocking up a rear spoiler with some mild steel sheet. Easy to weld and modify. The final will be out of alloy and be welded and riveted together. Should look rad!
Posted by Aaron Beck at 1:50 AM 2 comments: 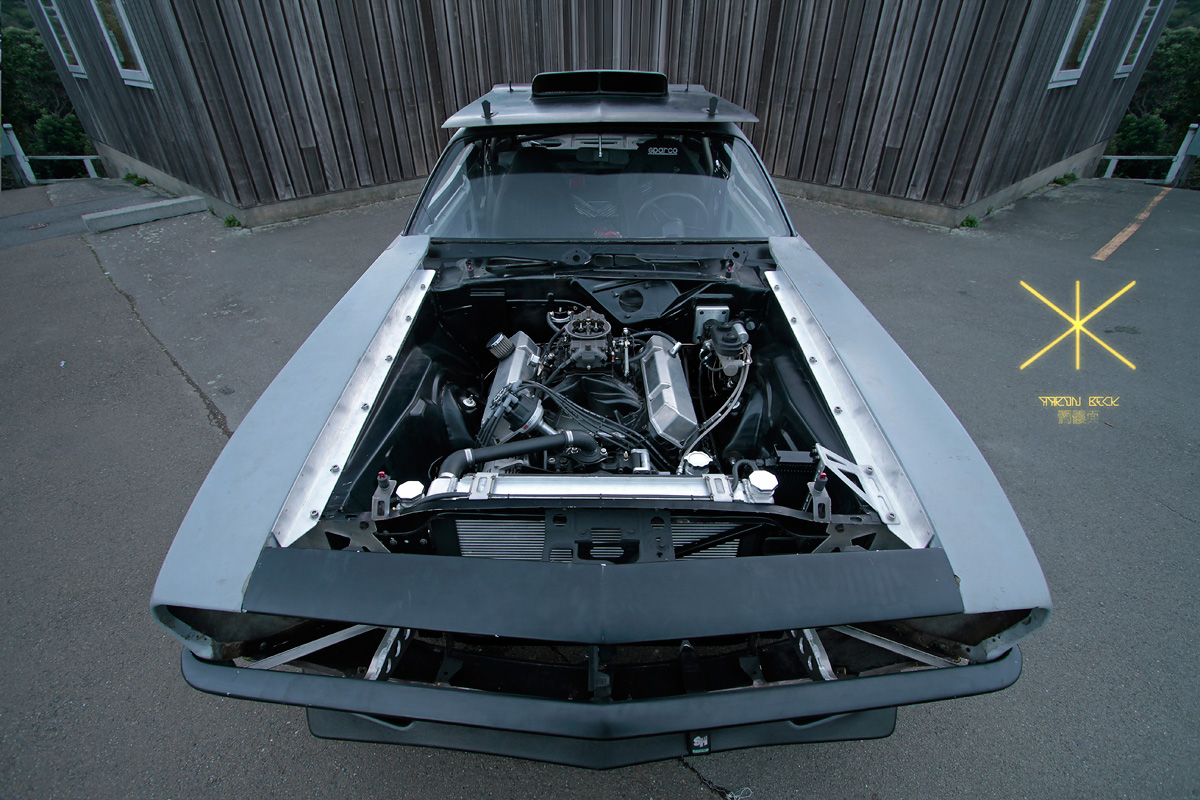 Some photos from today. The car is going great, the new diff ratio is much nicer, the steering is fast and tight, the brakes have plenty of power, and the body feels rock solid. Feels fantastic! The folks in the neighbourhood seem to really like the car. Lots of respect from old ladies and kids, and one guy even knew it was a cuda, which is pretty rare around here! 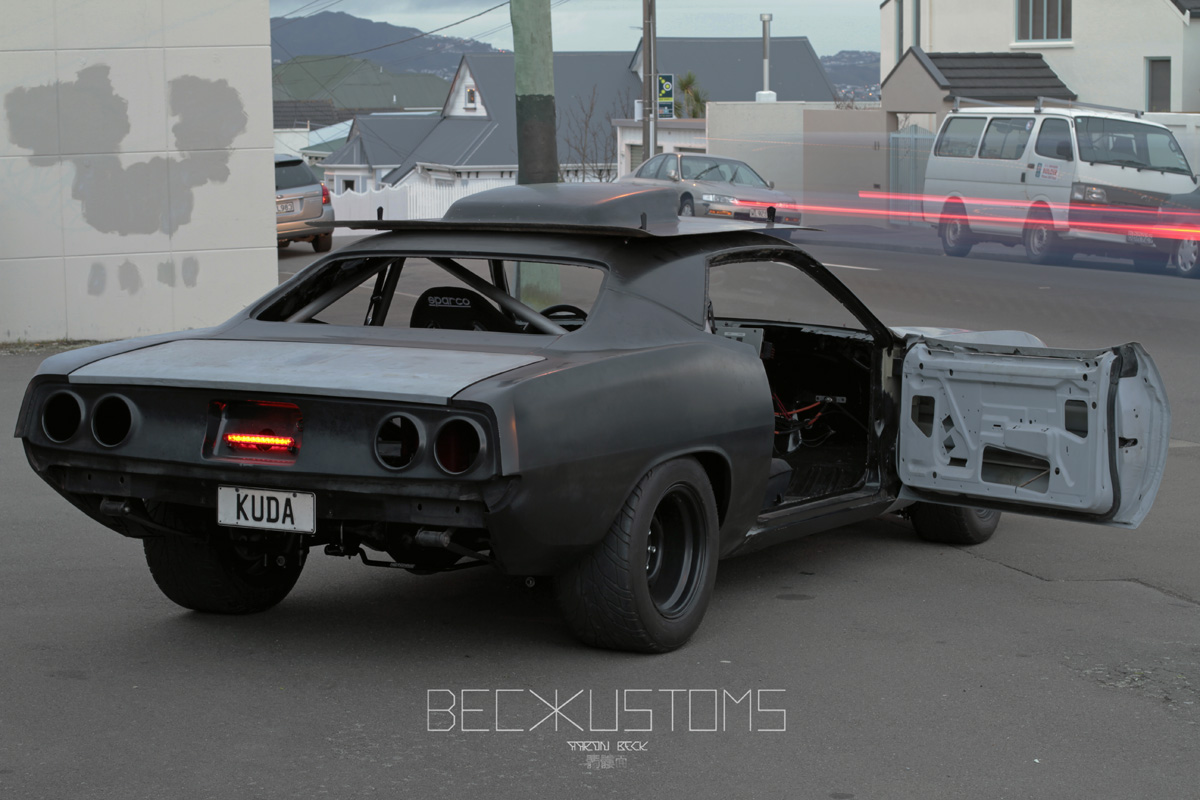 With everything working great, now I have to pull it all apart and put the body back on the rotisserie! Arrggghhhh. It's gonna be tough. Not before I take some proper photos though.
Posted by Aaron Beck at 12:47 AM 2 comments: